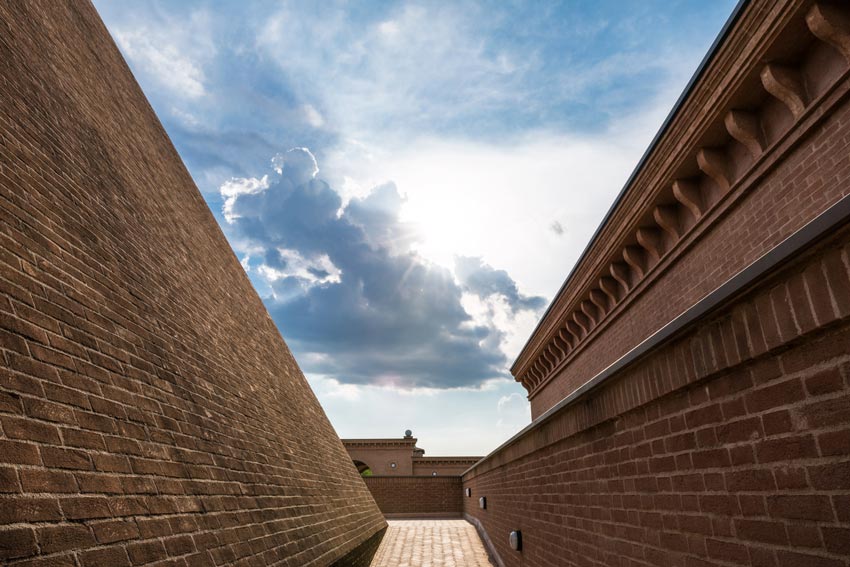 Ancient and mysterious, the labyrinth continues to fascinate. Dedalus is the mythological inventor of the labyrinth, a very popular theme in the classical period.

The name of this character, in Italian, changed its meaning during the Middle Ages becoming inspiration for entertainment in the Renaissance. As a mythological and medieval concept, and even at present day, the “dedalo” (maze) has represented an intriguing riddle, able to constitute an interesting exhibition space. 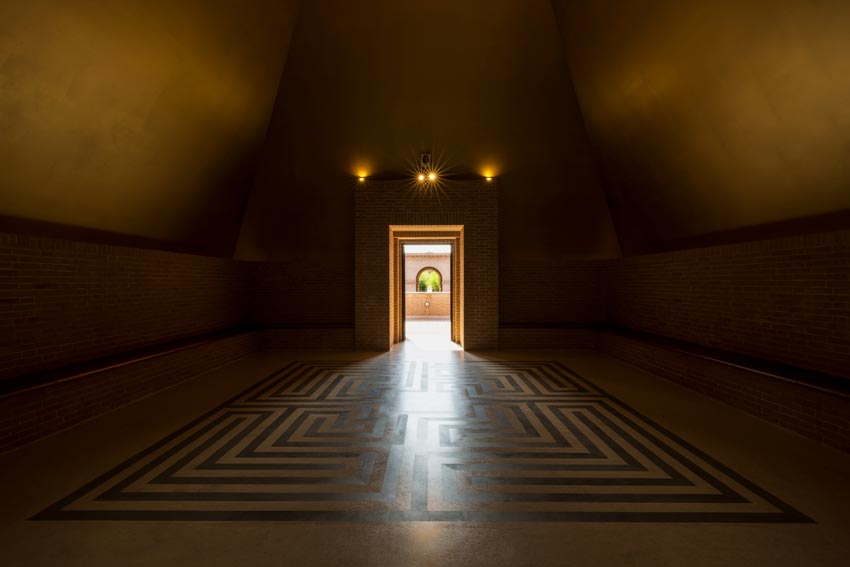 An example of this is the Franco Maria Ricci’s Labyrinth in Fontanellato. Technically, with the term “labyrinth” we mean a structure, usually of large dimensions, built to make it difficult for people who enter to escape. In the past, there were four very famous labyrinths: Knossos in Crete, Lemnos in Greece, Meride in Egypt and Porsena in Italy.

During the Medieval period, the labyrinth found its highest success: filled with religious meaning, it was like a theatre in which men tried to find the right path and leave sin and evil behind. However, during the Renaissance, the labyrinth did not represent a path to deliverance, but the research of oneself, therefore also the locations needed to be different: it wasn’t in churches and monasteries anymore, but a decoration and a pastime in palaces and gardens. In the following century, the success of the labyrinth started to decline, but it regained popularity in the 1900s, especially in the gardens of upper middle-class houses. 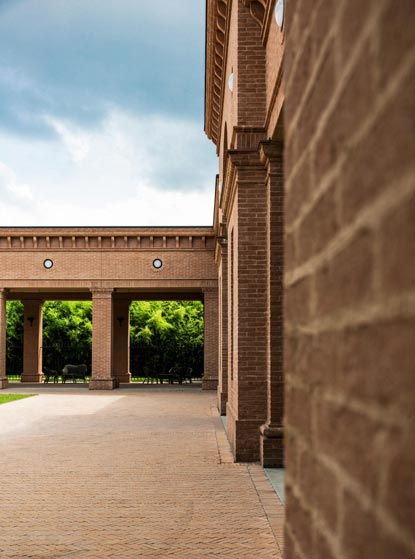 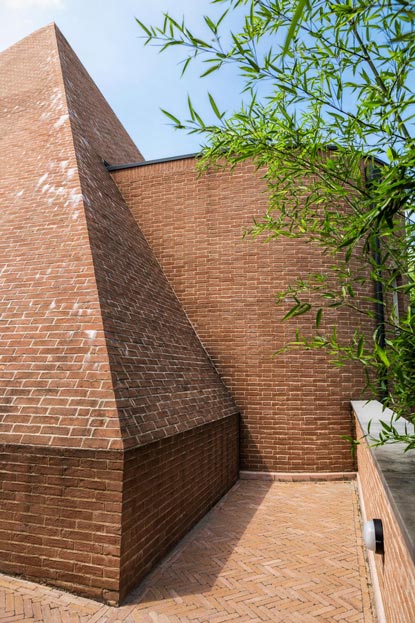 The biggest in the world, the Labirinto della Masone, opened in June 2015 and it is a cultural park designed by Franco Maria Ricci, together with the architects Pier Carlo Bontempi and Davide Dutto, located in Fontanellato at his estate in the countryside of Parma. Franco Maria Ricci, collector, cultivated bibliophile and publisher of elegant and exclusive books, was friend with Jorge Luis Borges, the Argentinian author who used the mythological figure of the labyrinth to reveal an existence of continuously unpredictable determination.

The labyrinth, expanding over eight hectares, has been fully created with bamboo plants of different species for a total of around 200,000 plants. The estate also houses cultural areas of more than 5,000 square meters designated for Franco Maria Ricci’s art collection that includes around 500 works from the 16th to the 20th century and a library dedicated to the most important examples of typography and graphics, including some of Giambattista Bodoni’s works as well as the complete works Alberto Tallone. 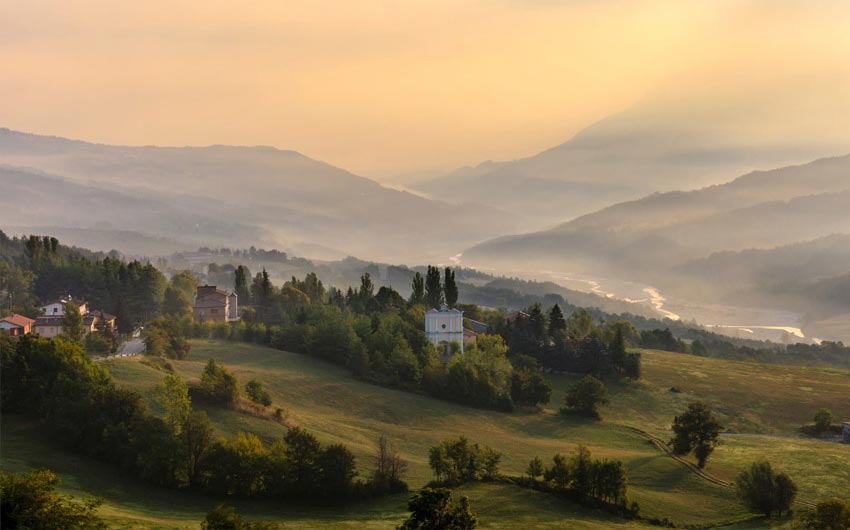 The historical collection is naturally complete with all the books published by Franco Maria Ricci active for over fifty years as well as an area dedicated to temporary exhibitions. In the middle of the labyrinth there are structures that take inspiration from Neoclassical utopian architecture by Boullée, Lequeu, Ledoux and Antolini, designed according to the traditional Italian and European canons, facing a 2,000 square meter square. Overlooking the square, a chapel with pyramidal shape evokes the labyrinth as symbol of faith, manifesting the spirituality of the founder and, at the same time, the mystical sense of this extraordinary project, like nothing else in the world. 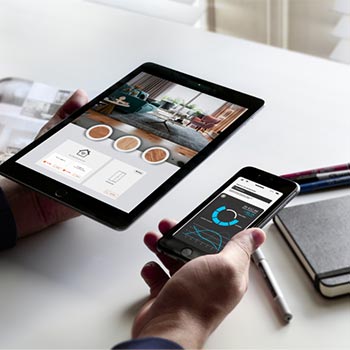 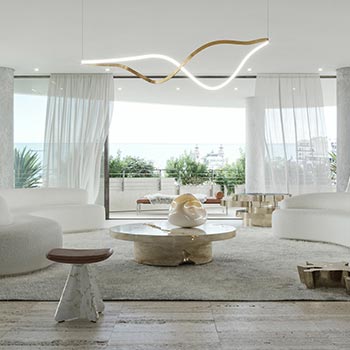 Petite Afrique: one of the most beautiful projects in the world
Learn more
Real Estate 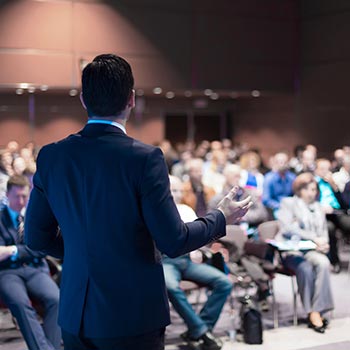 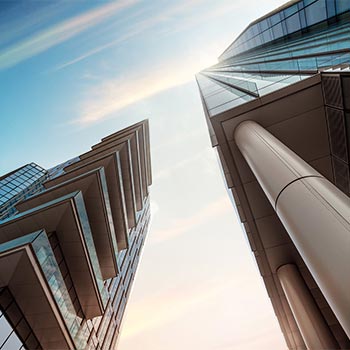 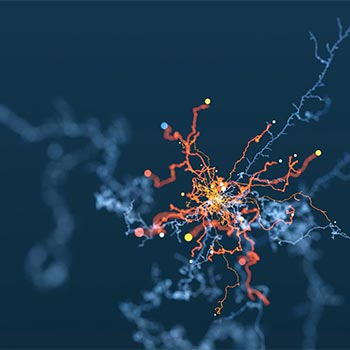 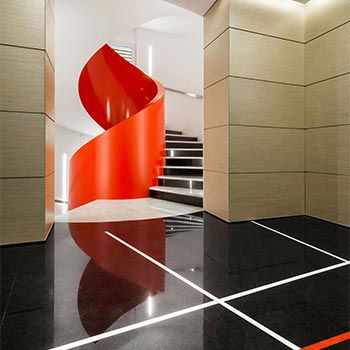